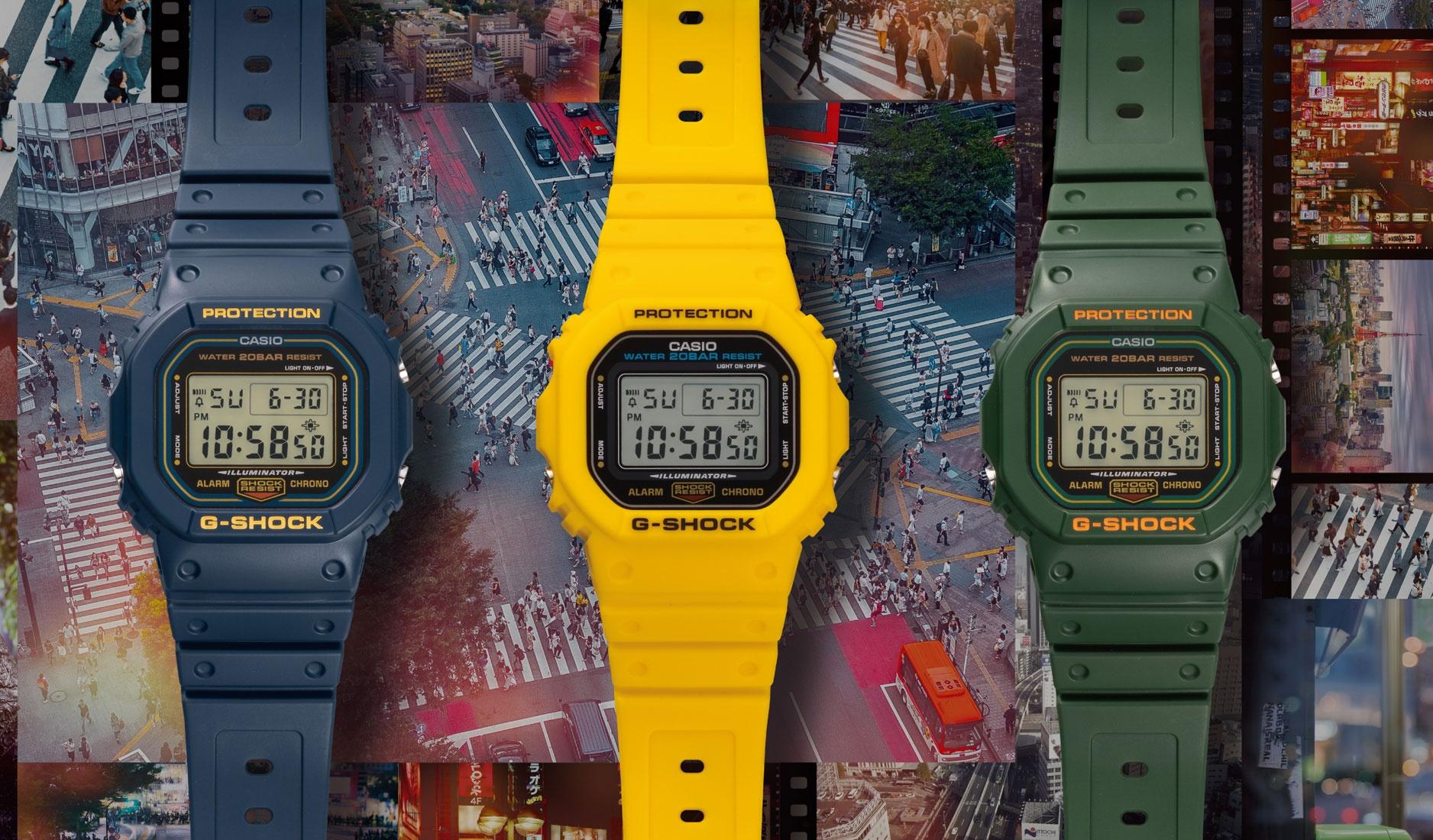 While many watch brands have taken the vintage path in recent years, Casio, too, has embraced that road and struck a chord with fans all over. After all, many of us here in Asia grew up with the Japanese brand’s affordable, iconic battery-powered watches that saw us through school and, for many of our boys, National Service. 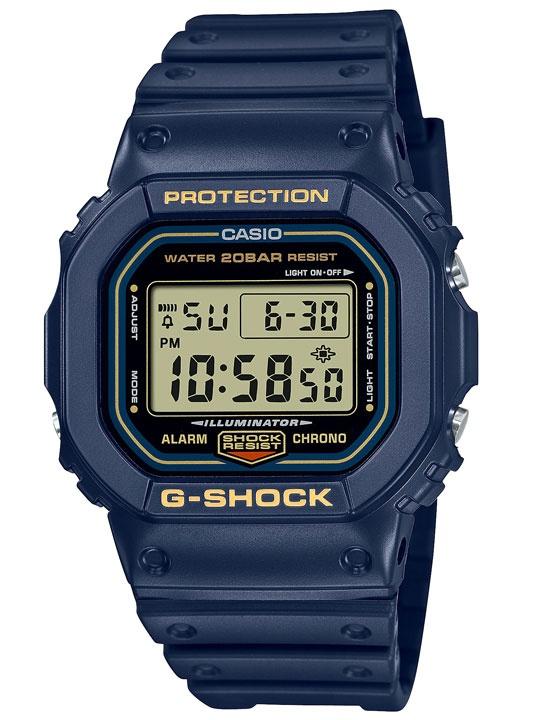 Mimicking the originals, the new DW-5600R models in blue and green come with gold LCD, while the yellow version is also offered in a separate model, DWE-5600R, which comes with replacement bands and bezels. 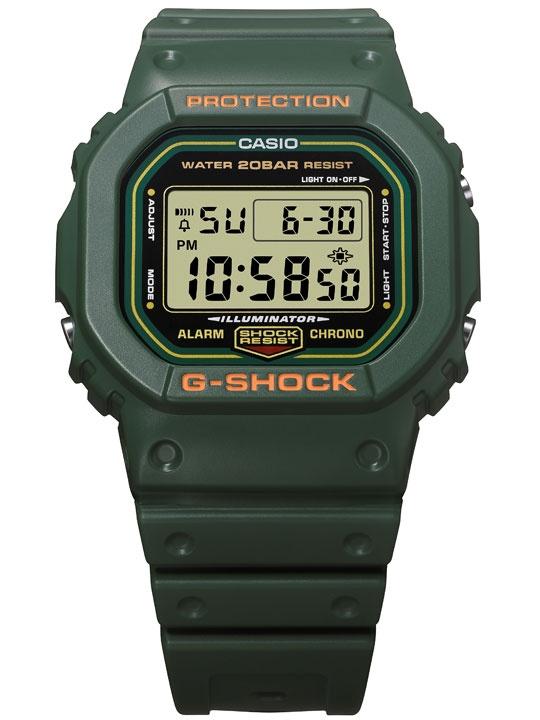 Packaged in a special set, the yellow DWE-5600R resurrects the square-faced 5600 series with a Carbon Core Guard structure, and comes with replacement bands and bezels in black and red so you can switch up the look of your watch whenever you want to. 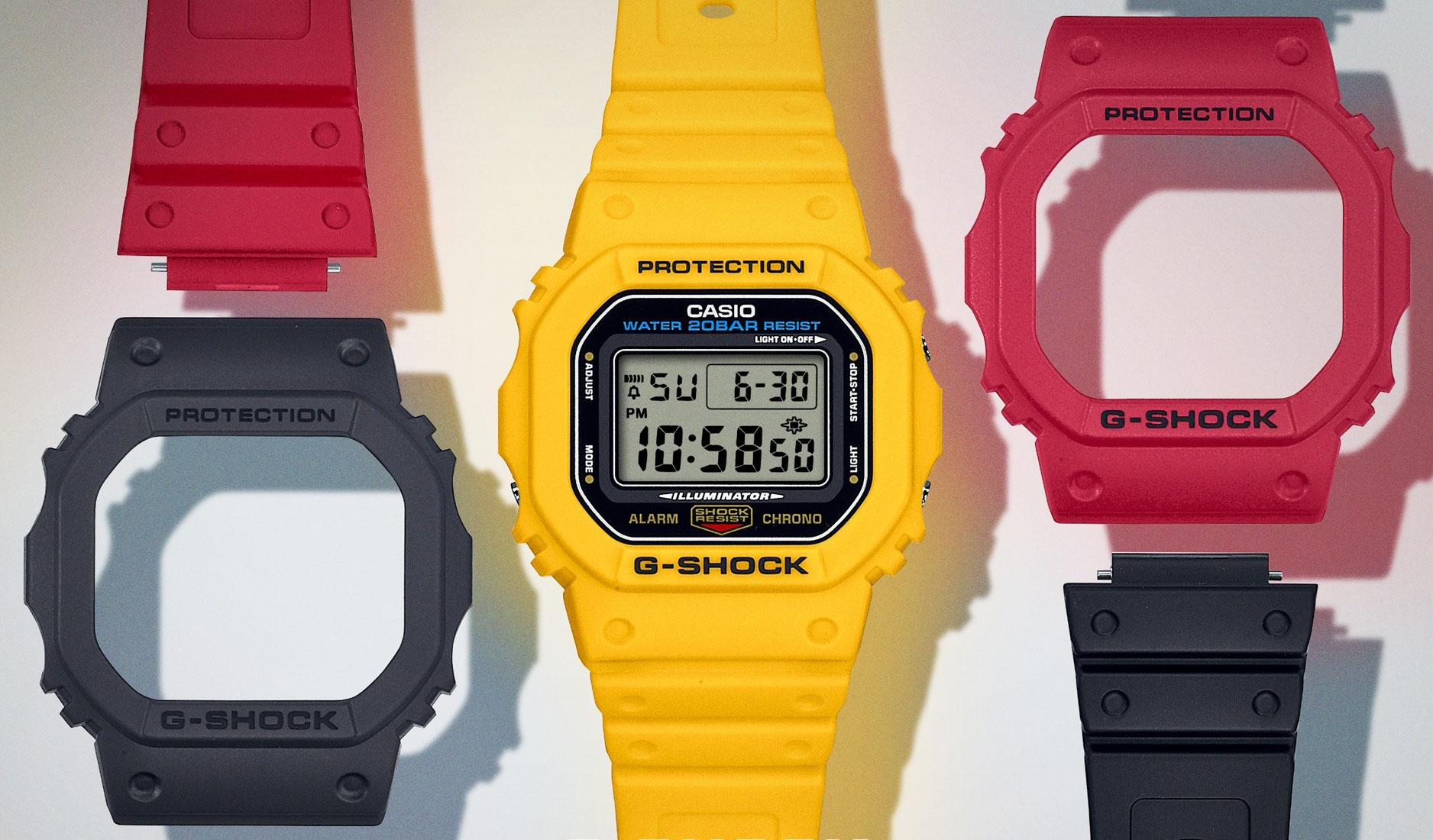 Features-wise, the models are all 200m water-resistant and come with a countdown timer, stopwatch, and Electro-Luminescent backlight afterglow. As bona fide G-Shocks, the DW-5600R and DWE-5600R models are naturally also shock-resistant and magnetic-resistant. 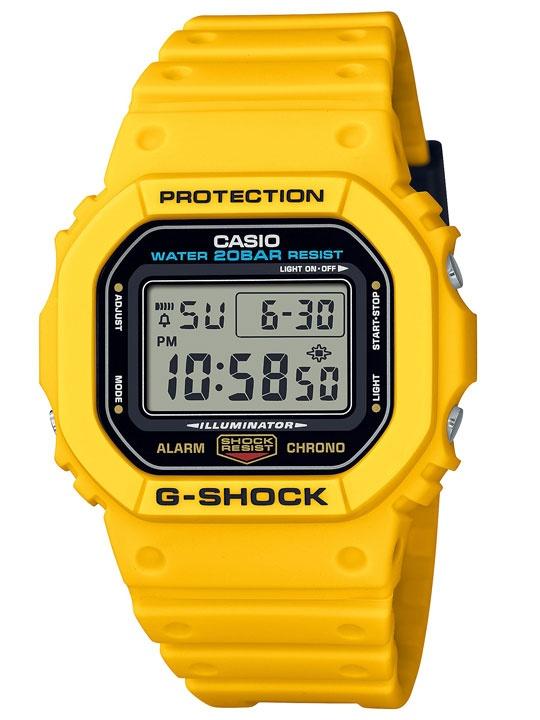 The DW-5600R models in blue and green are each retailing for S$139, while the yellow model is going for S$149. The DWE-5600R version with red and black replacement bezels and bands is priced at S$309 a set. All models are now available online and at all G-Shock stores.