Arguably one of the most egalitarian and well-considered watch boutiques in Singapore, Watch Wonderland chalks a well-deserved milestone this year as it celebrates its fifth anniversary. This is no small feat, considering the high concentration of watch stores in this tiny city-state that spans from long-established luxury chain boutiques and mono-brand flagship stores to swathes of tiny independent shops offering affordable tickers.

Even so, Watch Wonderland has managed to carve a unique space for itself. A ‘sister concept’ of Red Army Watches, a stalwart in the Singapore retail scene since 2004, which also champions independent watch brands, Watch Wonderland stocks what it rightly proclaims as “cool indie watch brands”. From time to time, its expansive 2,000 sq ft boutique at Suntec City, which now also carries brands from Red Army Watches like SevenFriday and Azimuth, doubles up as a space for watchmaking and strap-making classes. 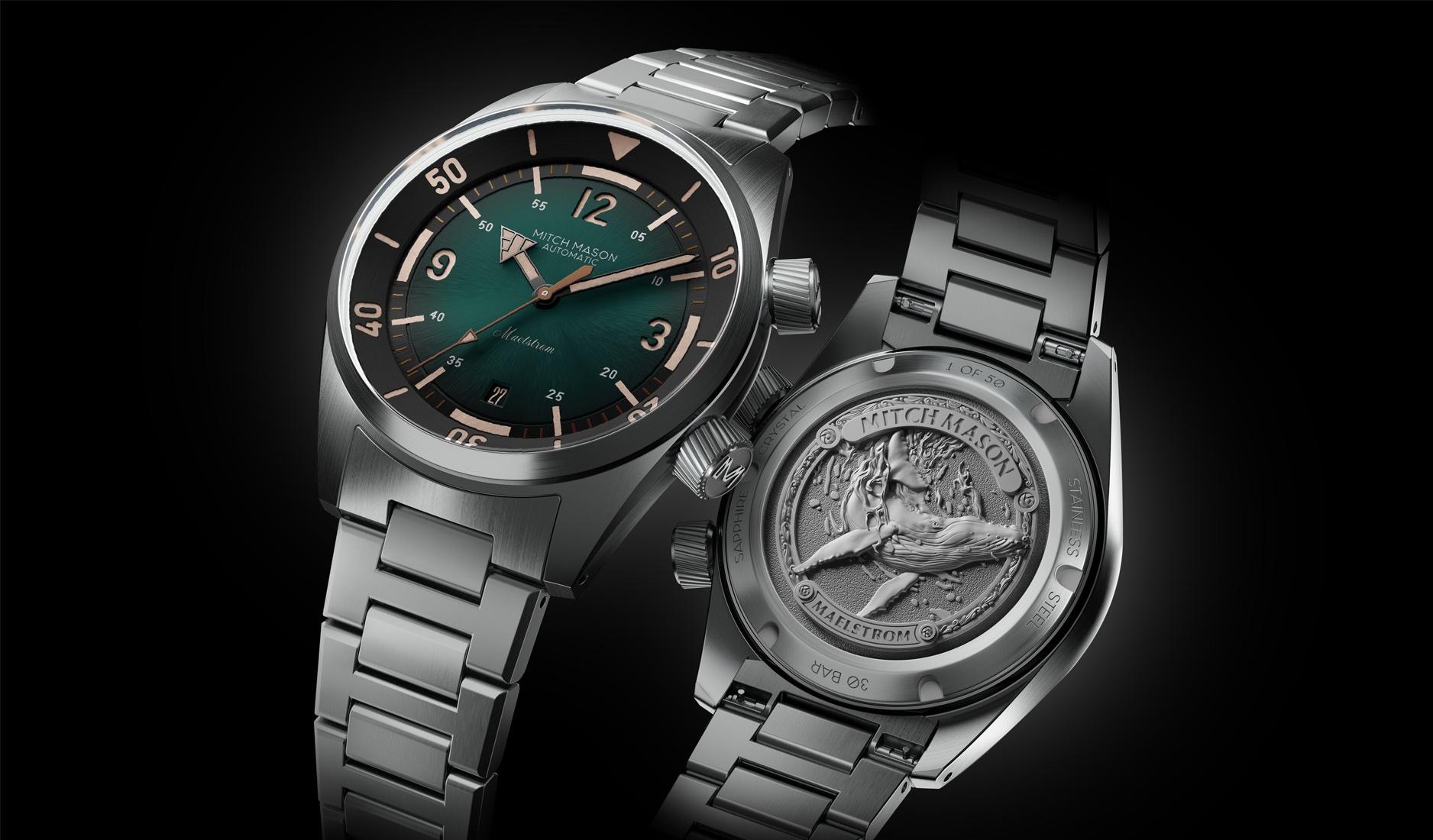 As Watch Wonderland commemorates its fifth anniversary, the retailer takes the opportunity to reaffirm its ethos by working with Singapore microbrand Mitch Mason on a 50-piece limited edition collection.

Watch Wonderland opts for the latter for its commemorative edition, clad in a substantial 40mm steel case and anchored by a special gradated fumé green sandwich dial bearing markers in old radium-coloured lume. 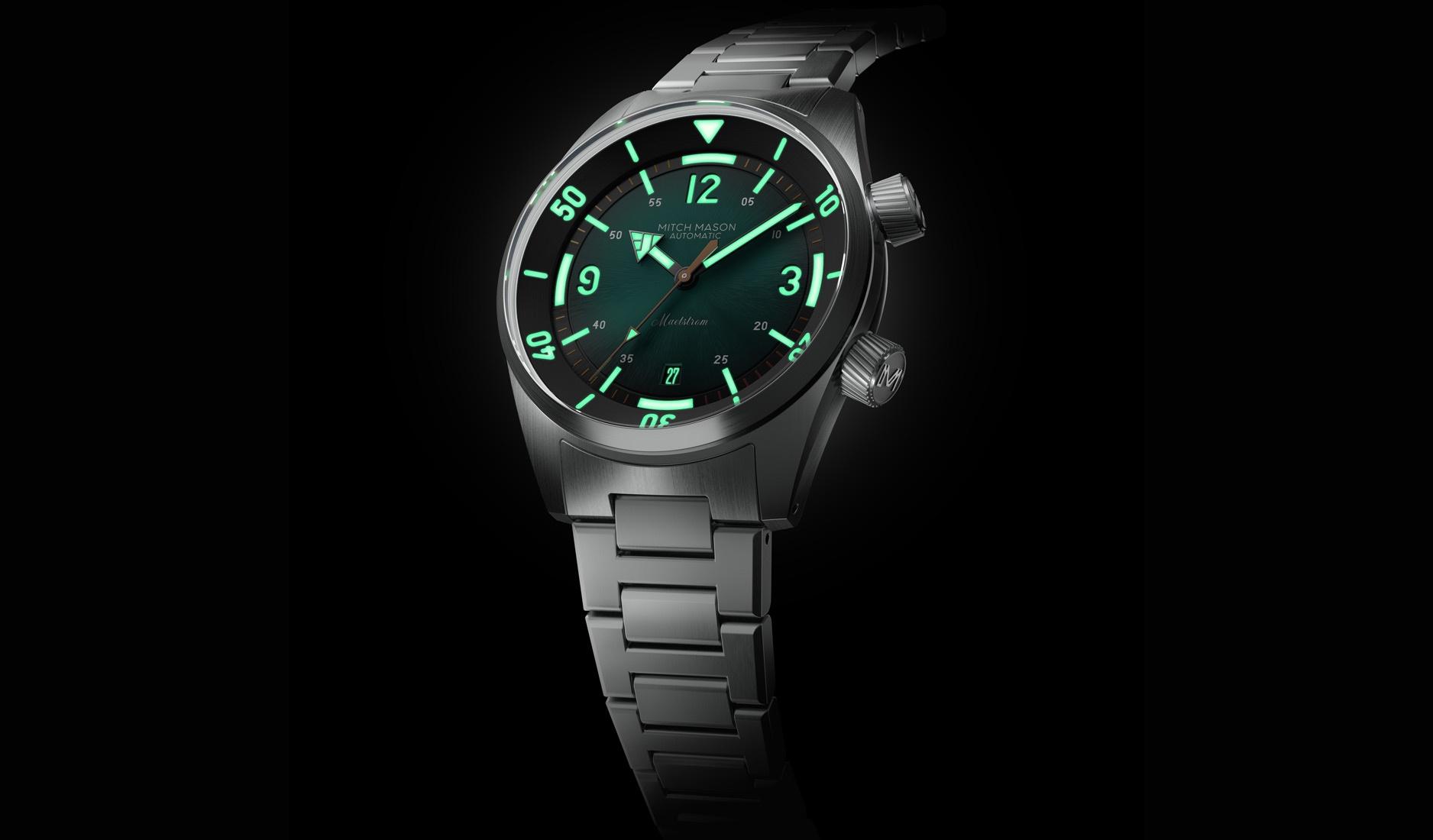 Characteristic of the collection, Mitch Mason Maelstrom: Watch Wonderland Edition also features two screw-down crowns (one to set the time and date, and another to actuate the inner rotating dive bezel) as well as a stylised arrow hour hand and ultra-thin seconds hand. Another distinctive feature of the Mitch Mason Maelstrom is its engraved case back, which depicts a humpback whale that is said to demonstrate the brand’s “venturesome and tenacious spirit”.

Along with looking like a hardy vintage dive watch, specifically the super compressor models, the timepiece boasts the technical specifications to match. Powered by a Miyota 9015 automatic movement with 42-hour power reserve (a not-too-pricey, go-to industry-grade calibre for microbrands), the watch is water-resistant to 300m.

Like many microbrands that Watch Wonderland carries, the Mitch Mason Maelstrom: Watch Wonderland Edition is a value-for-money timepiece offering a combination of decent construction and finishing, with touches of whimsical design features – characteristics that typically distinguish this category of watches. More significantly, perhaps, this is a watch that is also inadvertently woven into the tapestry of Singapore watchmaking history. 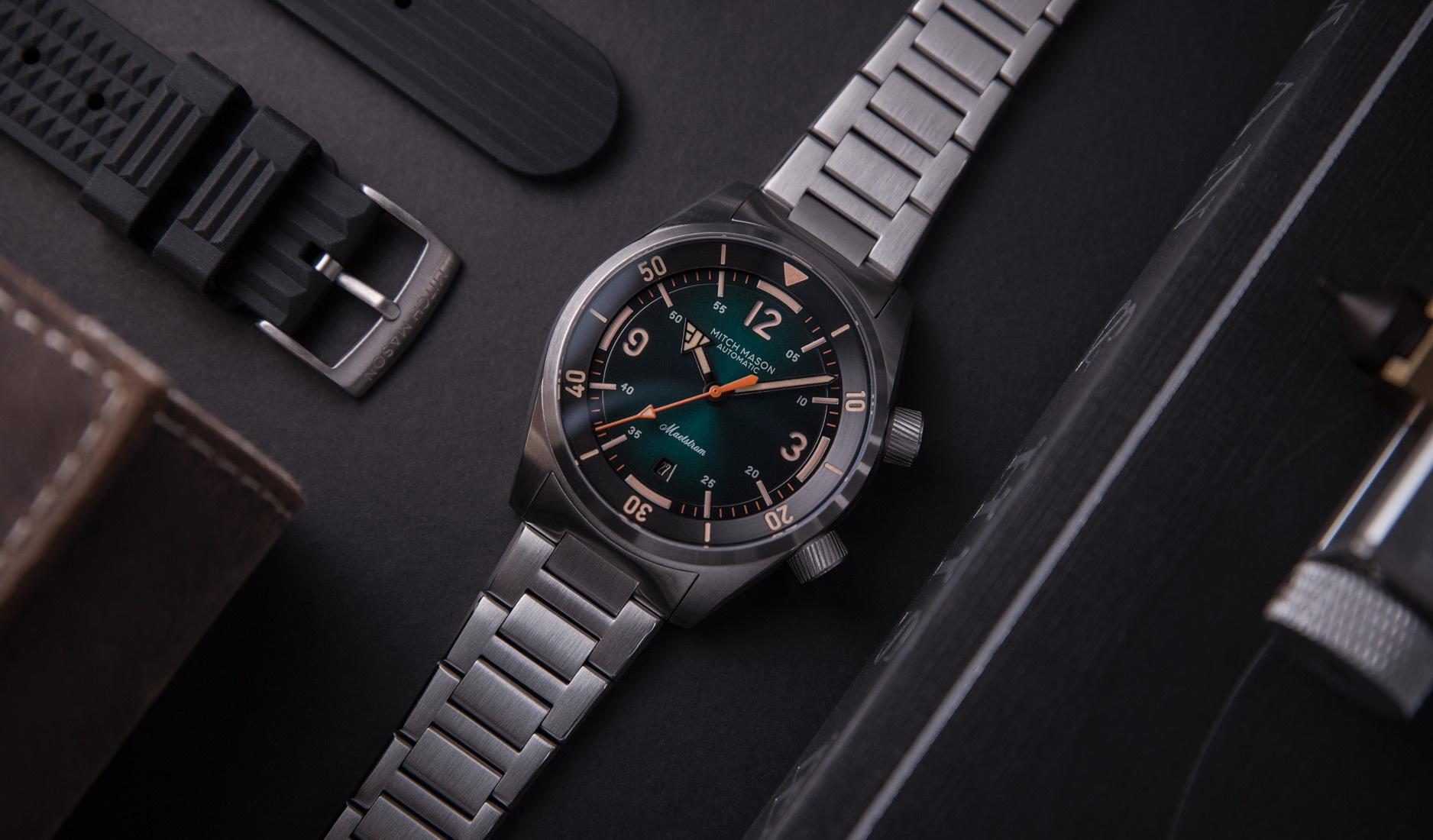