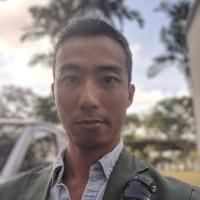 In 1962, Ian Fleming’s fictional British MI6 spy James Bond, codenamed ‘007’, emerged on the silver screen, played by Sean Connery. For the last 60 years, Bond has been a pop culture reference for everything from spy gadgets to fashion. In particular, the watch industry has frequently obsessed over what timepieces have adorned the debonair hero’s wrist.

Since 1995, that wrist obsession has coalesced around Omega. That was the start of a very fruitful partnership between the Swiss watchmaker and Commander Bond, initiated by costume designer Lindy Hemming. She explained in an interview with the New York Times back in 2020 about the choice, “there hadn’t been a Bond for a few years, and I was given the opportunity to rethink him. I wanted him to be more modern and European.”

Hemming had requested a Brioni suit for Pierce Brosnan’s Bond and wanted a watch to match that had relevance. Omega had provided watches to the UK Ministry of Defence (MoD) during WWII and, in the post-war era, provided the MoD with Seamaster 300s in 1967. The watch was released to diving units globally, and Bond being a Naval Commander, albeit fictionally, would have had access to it.

While the original 1995 model was a Seamaster 300 Quartz timepiece, Omega has deepened its partnership with the Bond franchise over the last 27 years. Daniel Craig, who’s starred in the last five Bond movies, was an active participant in the development of the Omega Bond watches over the last 15 years.

To commemorate 60 years of Bond, Omega has released two watches that are dedicated to the legend of the character. It’s a fitting tribute given that the latest film is the first where Bond dies, thus immortalising the persona of Bond within MI6 for the next actor.

The models are based off the Seamaster Diver 300M 007 Edition produced for No Time to Die. That watch bore the red needle-ended lollipop seconds hand, skeletonised broadsword hour and minute hands, the Broad Arrow military imprint, and oversized Arabic numeral bezel indicators for diving time measurements.

The Seamaster Diver 300M 60 Years of James Bond comes in steel and Canopus Gold options. The latter is a patented white gold alloy specially developed to ensure a long-lasting shine. The steel model bears the wave motif on the dial that was in the 2006 Casino Royale model and the skeleton broadsword hands of the recent movie, as well as a regular lollipop seconds hand. It also has a mesh bracelet, but the deep ocean blue watch bears a modern blue lume and uses green lume on the 60-minute bezel marker and minute hand.

The Canopus Gold model bears a grey silicon dial inspired by Jamaica’s sandy beaches, with a fully gem-set bezel that pays tribute to the Jamaican flag. This is an ode to Ian Fleming’s home in the country. The gems on the dial, apart from the two diamonds, are in hues of green, yellow, and orange. Each dial on this model is unique, thanks to the crystalline structure of silicon.

What’s special about the two watches are the casebacks, which feature the Bond movies’ opening sequence with a “moire” animation effect. This is achieved using metallisation deposition on the sapphire crystal, which is then joined to the running seconds hand. On the caseback, Bond lives on forever.

Both models are presented in wooden boxes, the steel model with a wave pattern box and a secret push button on the right of the box. The Canopus Gold model has a mango tree box with mother-of-pearl marquetry. The steel model is priced at S$11,100, while the gold model’s local pricing is still pending (it’s currently priced at CHF 135,000). Both will be available from Q1, 2023.

If you’re craving some other Bond products, Omega also has several cufflink and bracelet options for your consideration. The sailing bracelets are in brushed titanium with nylon braiding, based on the NATO strap worn by Bond in various movies. On the other hand, the cufflinks are inspired by the Bond opening sequence and the ones worn in Quantum of Solace.