Oris' Calibre 400 endows this dive watch with all the right credentials. 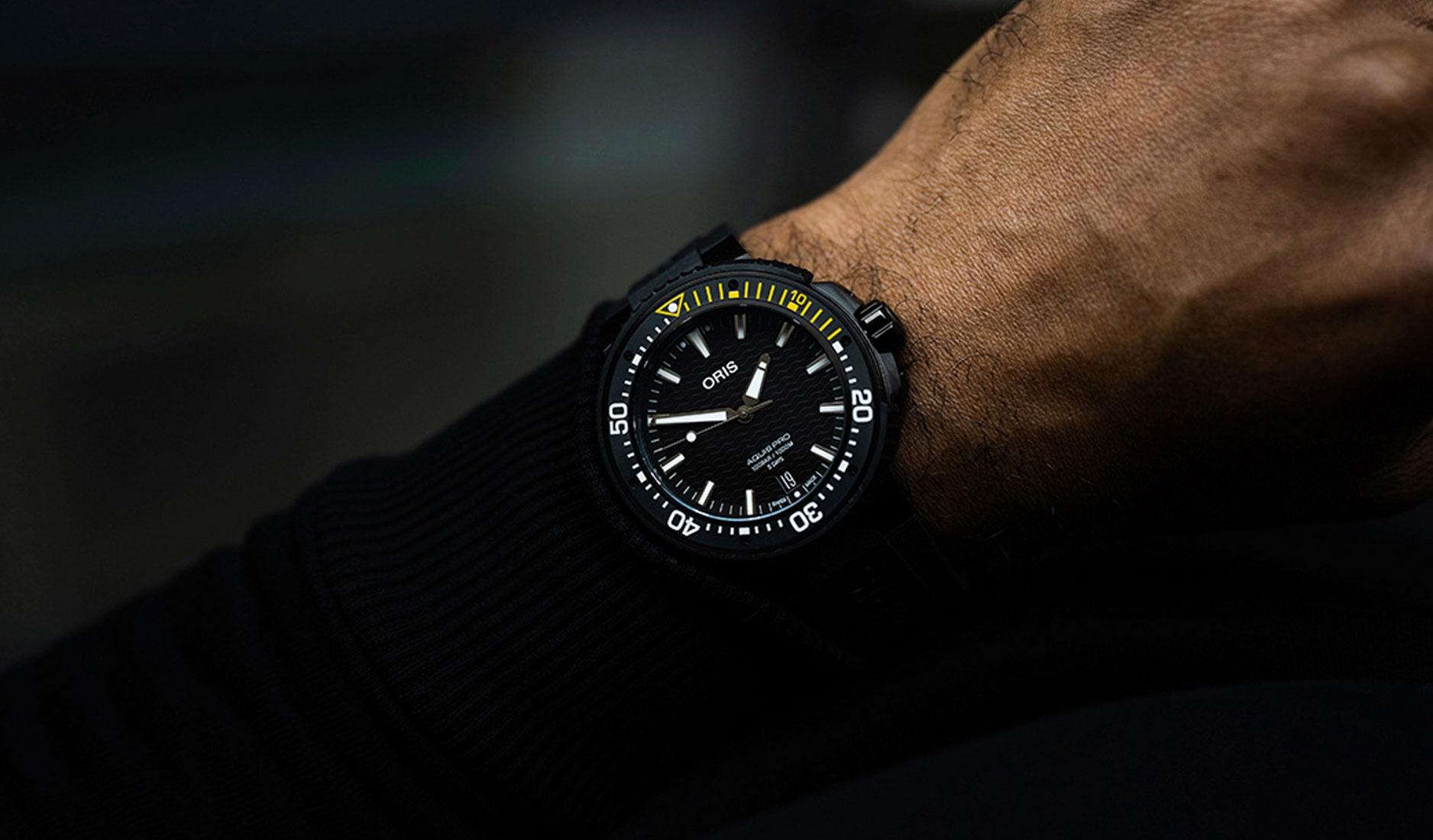 An acquaintance (who professed to be a watch lover) once adamantly declared that no watch brand worth its salt would use third party movements. After I was done picking my jaw off the floor and trying, in vain, to explain why he shouldn’t dismiss the large percentage of watch brands who, in fact, make very good watches with external movements, I realised there will always be a variety of opinions and you just can’t force someone who only likes apples to appreciate oranges too.

And because I’m always thinking about food, I’m going to compare watch brands who make their own movements to restaurants that produce their own handmade pasta. Is it absolutely necessary? No, that box of Barilla from the supermarket works just as well. Does handmade pasta make your dish extra special, though? Probably, since you have the expertise and can customise it however you like. Is that something you can advertise and be proud of? Absolutely. Of course, I’m over-simplifying things and run the risk of offending some watchmakers and Italian nonnas. But you get my drift.

From 1904 to 1981, Oris was that restaurant making handmade pasta. For 77 years, the Swiss brand from Hölstein produced a whopping 279 in-house movements. However, for the next 32 years, there were no new in-house calibres, for reasons unknown. Did that mean Oris was no longer producing decent, accessible timepieces? Of course not. But in 2014, the brand decided to reinvigorate its in-house movement production and launched the Calibre 110 on its 110th anniversary. 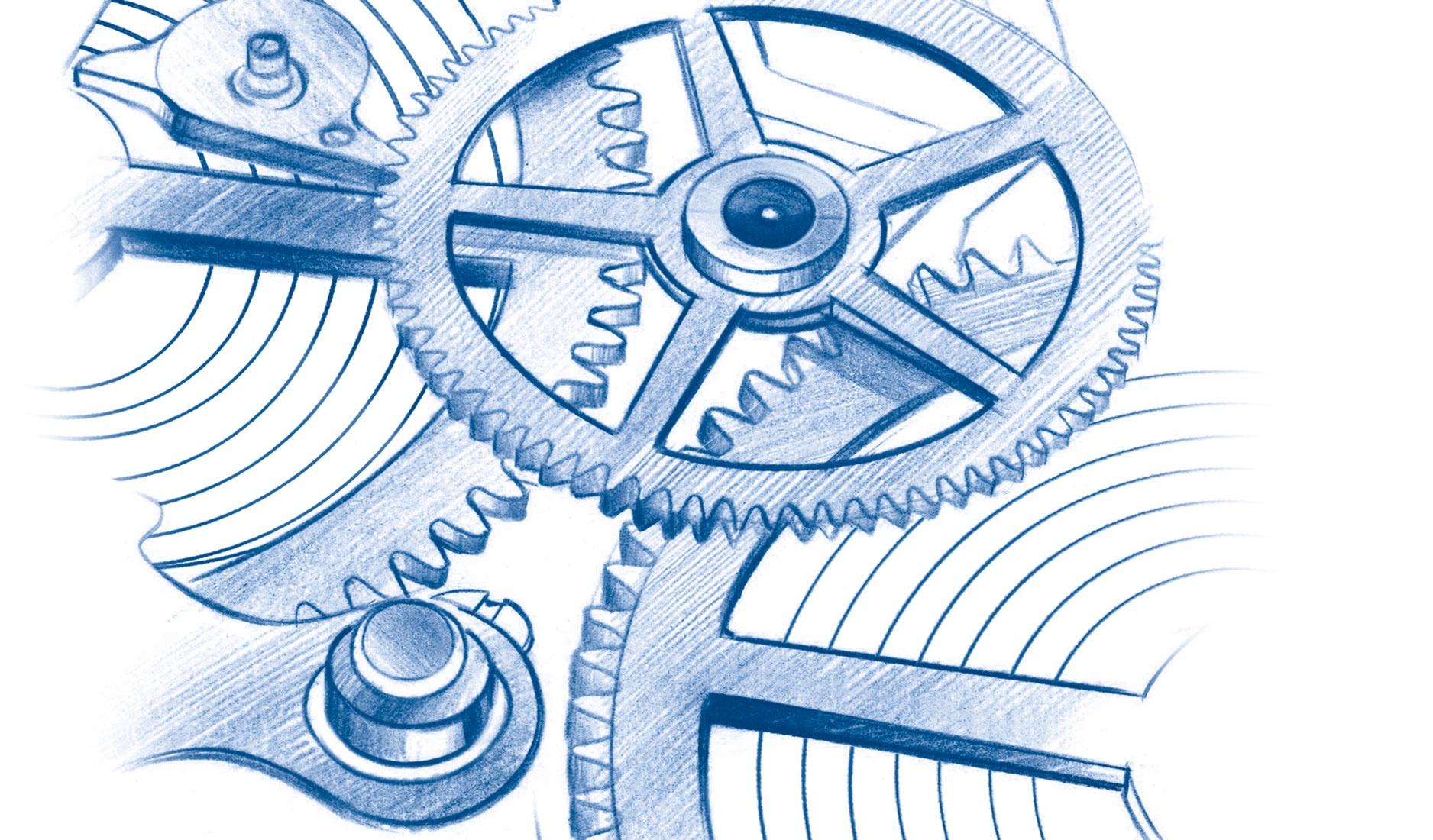 A sketch of the Oris Calibre 400

Every year since then, a new calibre has been born. The latest movement is the Calibre 400, which was launched in 2020. An anti-magnetic automatic movement with five-day power reserve and a 10-year warranty, Calibre 400 was designed to perform consistently and reliably for at least the duration of time between servicing—in this case, a decade.

To ensure a robust movement that would survive wear and tear, Oris COO Beat Fischli explained they focused on energy efficiency by “reducing torque in the mainspring… to help conserve power and put less pressure on moving parts.” A new wheel design in the gear train helped retain more energy from the mainspring, while the winding mechanism was based on a slide bearing concept that winds uni-directionally, reducing wear and tear. In addition, a new escapement was created in silicon and other non-ferrous materials so magnetic interference is reduced by over 90 per cent. 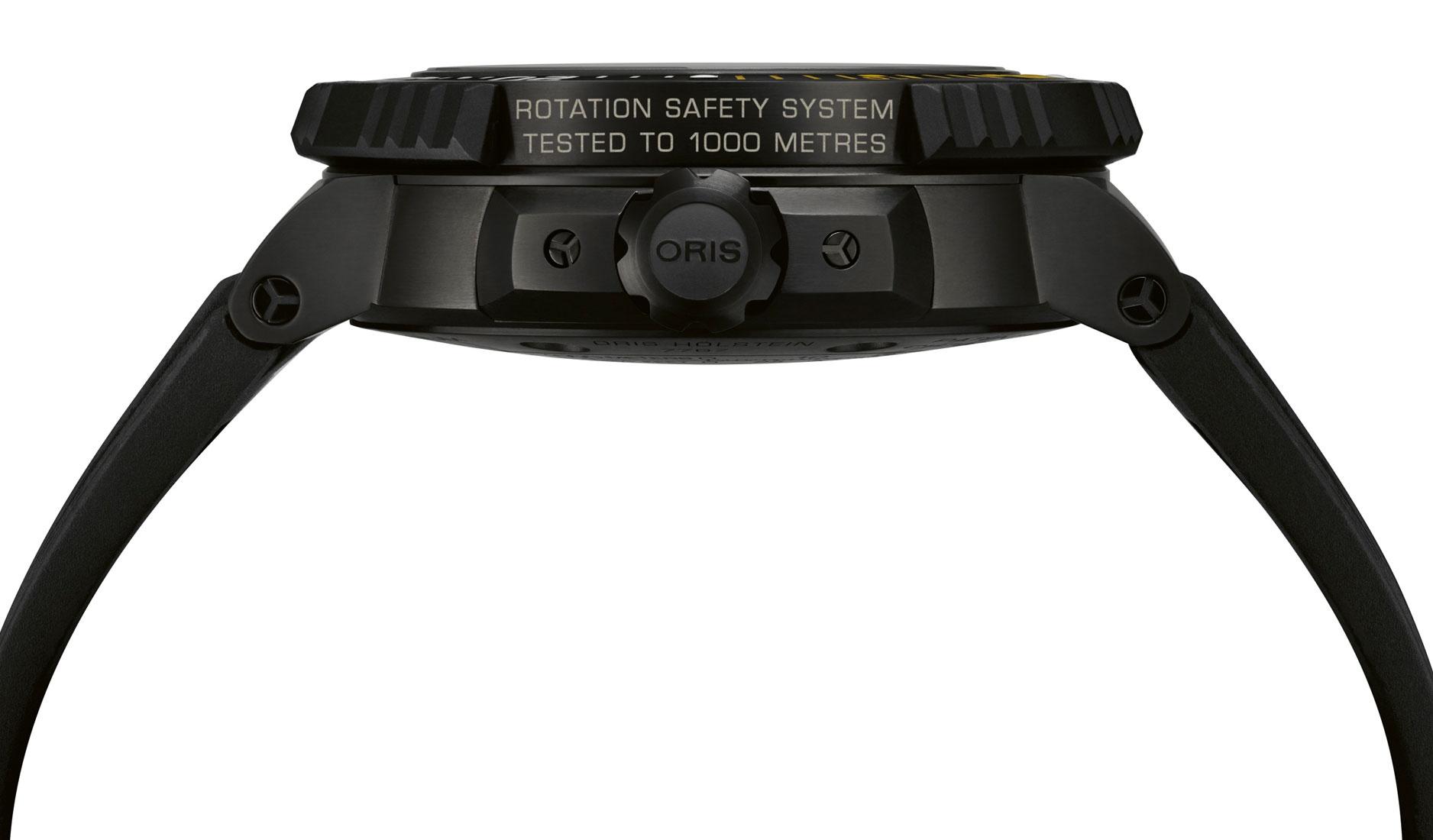 For functionality, a chunky rubber grip makes the watch easy to operate, even with gloved hands, while a yellow and white minutes scale and Super-LumiNova hands and indices enhance visibility in low-light conditions. To ensure the watch remains on your wrist, the rubber strap features the Oris Safety Anchor, specially designed such that even if the clasp is accidentally released, two hooks secure the strap in place. 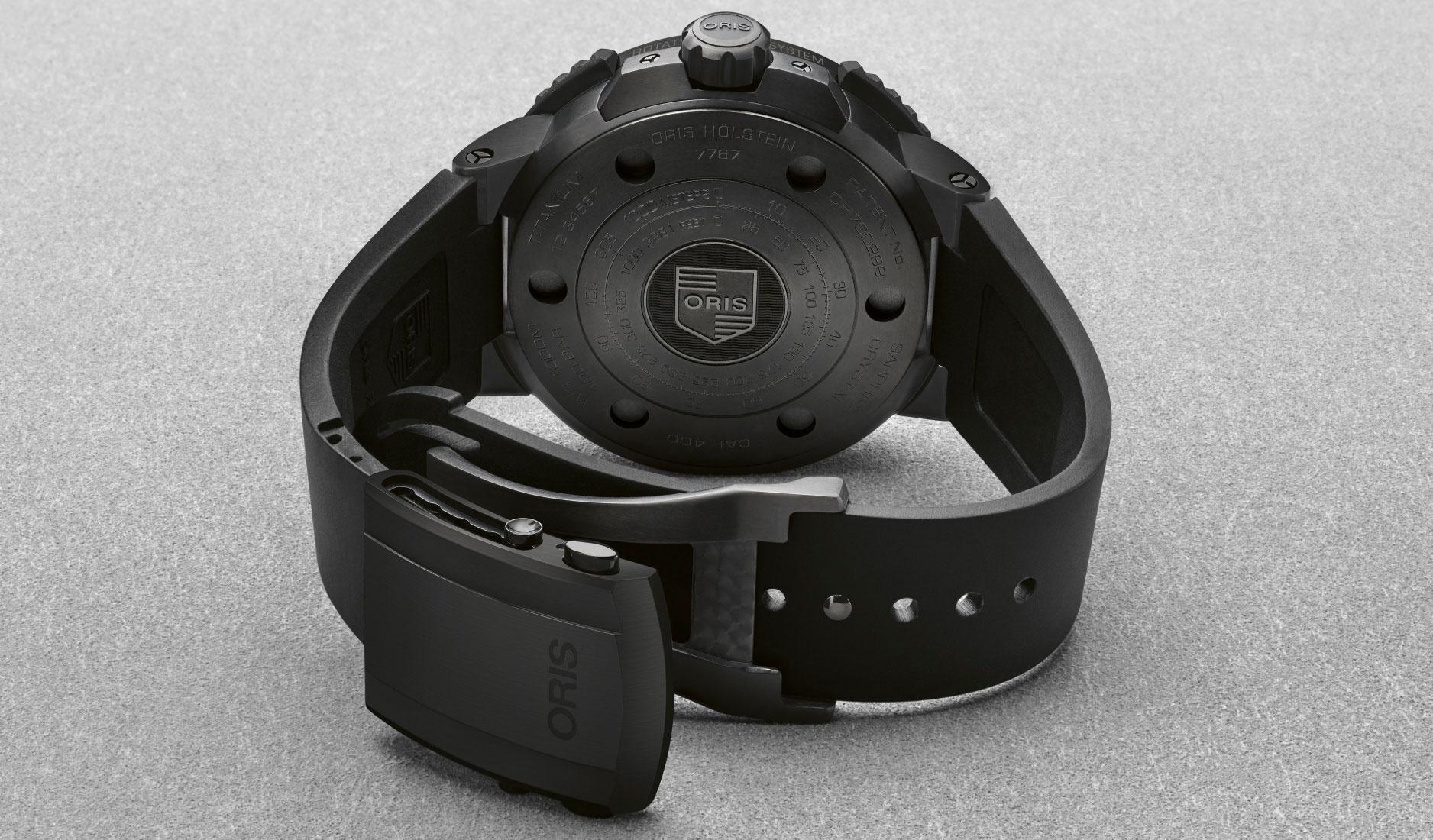 Apart from safety features, comfort is also of utmost important to divers, hence the preference for lightweight titanium in many dive watches. It’s no different with the AquisPro Date Calibre 400, where high-grade titanium is used in the 49.5mm case and the patented Oris Sliding Sledge Clasp. The latter allows you to adjust the strap in very fine tolerances without removing it while wearing your wetsuit. 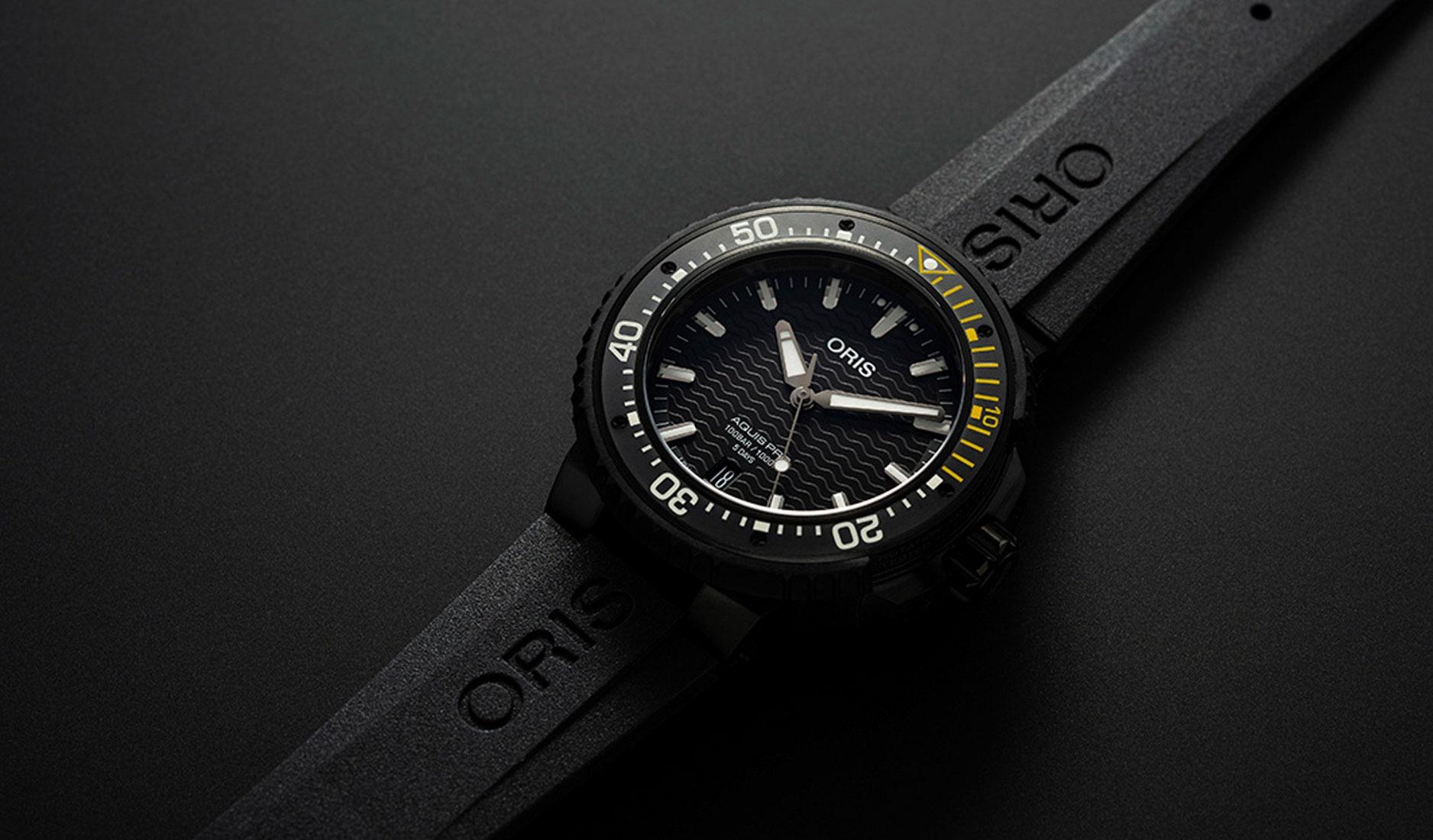 While I still don’t think you have to produce your own movements to make great watches, Oris proves its mettle with sheer consistency in making well-performing mechanical watches at great value. And, handmade pasta or not, we can agree it’s ultimately how good the dish tastes that counts.