The Carrera Plasma Offers A Glimpse Into TAG Heuer’s Future

The groundbreaking bejewelled watch hints at a re-energized age of experimentation for TAG Heuer.

Premiered at the tail-end of TAG Heuer’s showcase at Watches And Wonders in April, the new Carrera Plasma was unveiled with an air of expectant zeal. TAG Heuer CEO Frédéric Arnault, for one, appeared to be barely able to contain his excitement as he made the unexpected reveal.

Not that one can blame him. The new Carrera Plasma is TAG Heuer’s most unusual and experimental iteration of the iconic Carrera collection yet. An insanely glittery beast, the motor rally-inspired sports watch is housed in an aluminum case and carpeted in lab-grown diamonds of all shapes and forms, while driven by an advanced tourbillon chronograph movement. Examining the watch at close quarters, now that the Carrera Plasma is making its rounds across the world, one gets a sense that it is going to be business as unusual for TAG Heuer in coming years. 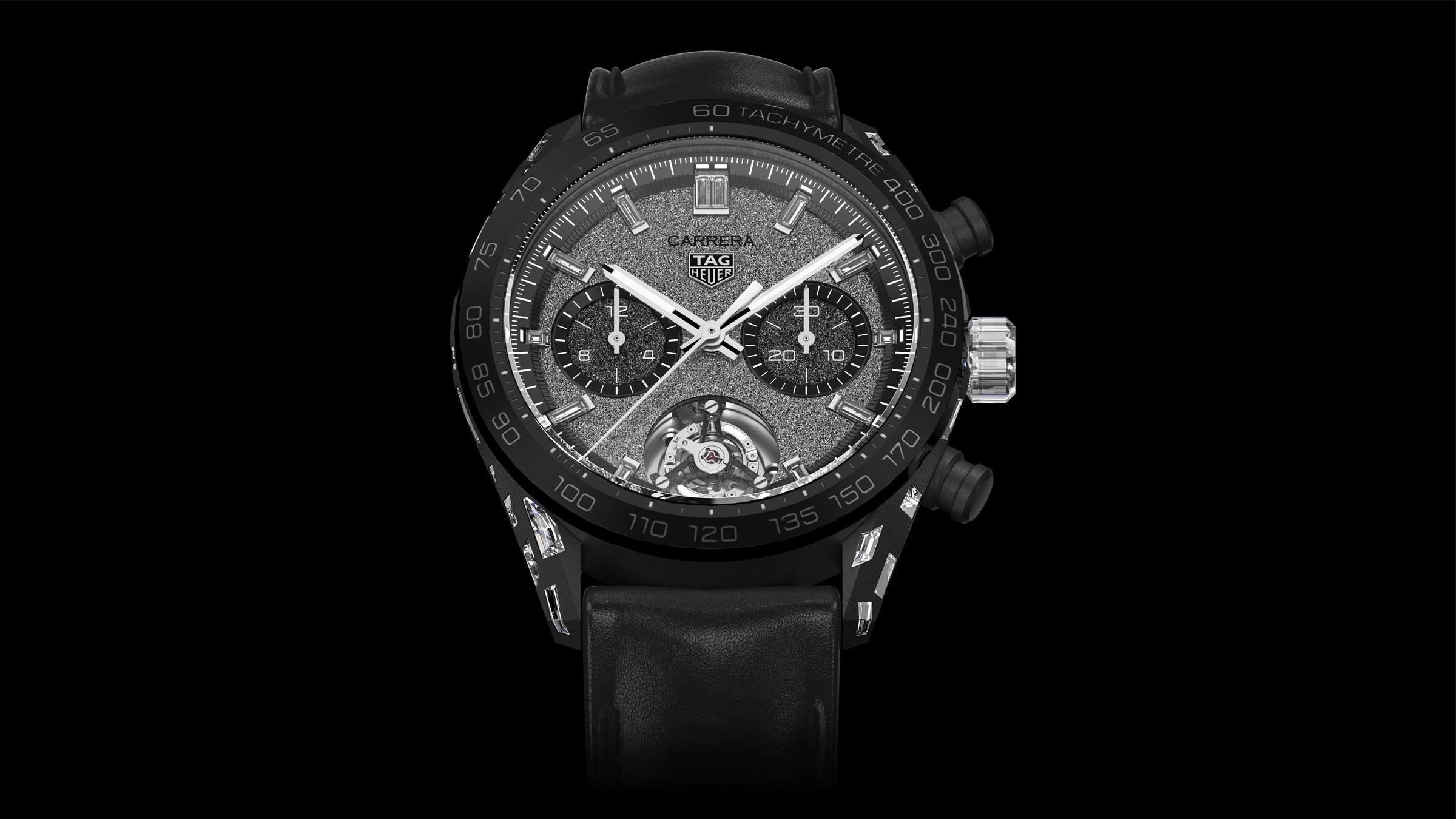 Clad in a 44mm black sand-blasted andonised aluminium case, the watch is festooned with oddly shaped lab-grown diamonds at the sides and lugs. The contrast of the watch’s hardy-looking black surface dotted with sparkly stones gives the impression of diamonds being unearthed in the rough. Meantime, the dial is sheathed in what appears to be a bed of snow-set diamonds. The show of unbridled glitter is complemented by baguette diamond hour markers, black chronograph sub-dials, and a majestic tourbillon with nanocarbon hairspring whirling at six o’clock.

“(With the) Carrera Plasma, we want to create a new and breathtaking vision of mastering carbon and diamond design, as well as cutting-edge light effects,” says Arnault.

Working with a network of partners to produce the lab-grown diamonds, TAG Heuer calls the innovative new process Diamant d’Avant-Garde plasma technology – a form of chemical vapour deposition (CVD) technology. In essence, the brand is experimenting with carbon manufacturing methods to produce lab-grown diamonds, which can be created to meet specific requirements for shapes, textures and quality. 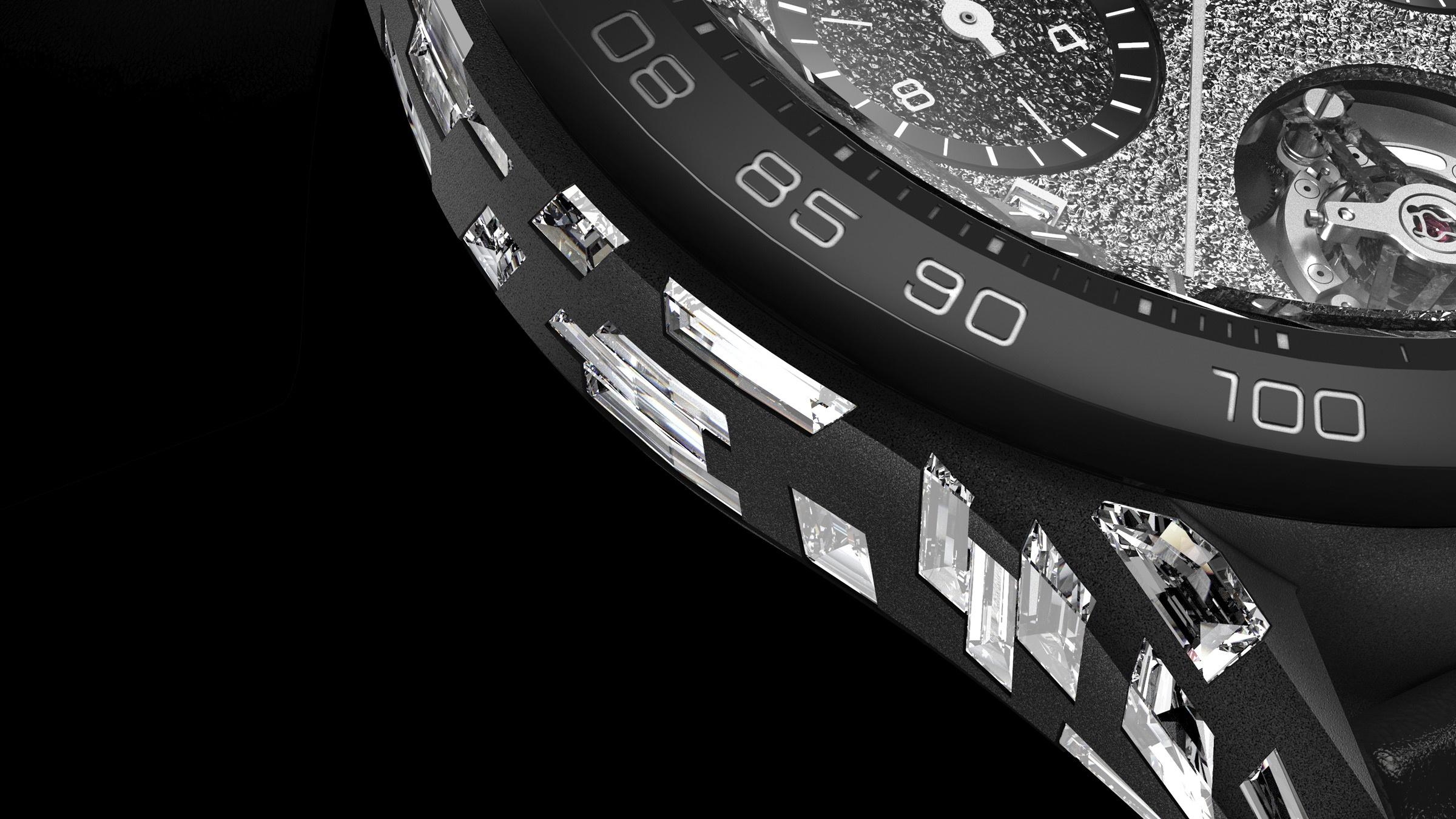 The asymmetrical baguette-cut stones on the case that come in various shapes and sizes, as well as the full-diamond crown, for instance, are the consequence of the Diamant d’Avant-Garde technology. Another expression of the fascinating innovation can be seen on the dial. The bed of glitter is produced by scattering crystals on the dial, which are then ‘grown’ by heating them at extreme temperatures such that the crystals eventually multiply and cover the entire dial plate.

The fantastical light show is anchored by the Heuer-02 Tourbillon Nanograph automatic movement. A symbol of forward-thinking mechanical prowess to complement the progressive aesthetic innovations, the Heuer-02 Tourbillon Nanograph is a COSC-certified movement bearing chronograph and tourbillon complications. The latter features a groundbreaking in-house carbon hairspring – the first of its kind in watchmaking, as all other hairsprings are made of metal alloys – which is manufactured using the same CVD technology that makes the lab-grown diamonds. 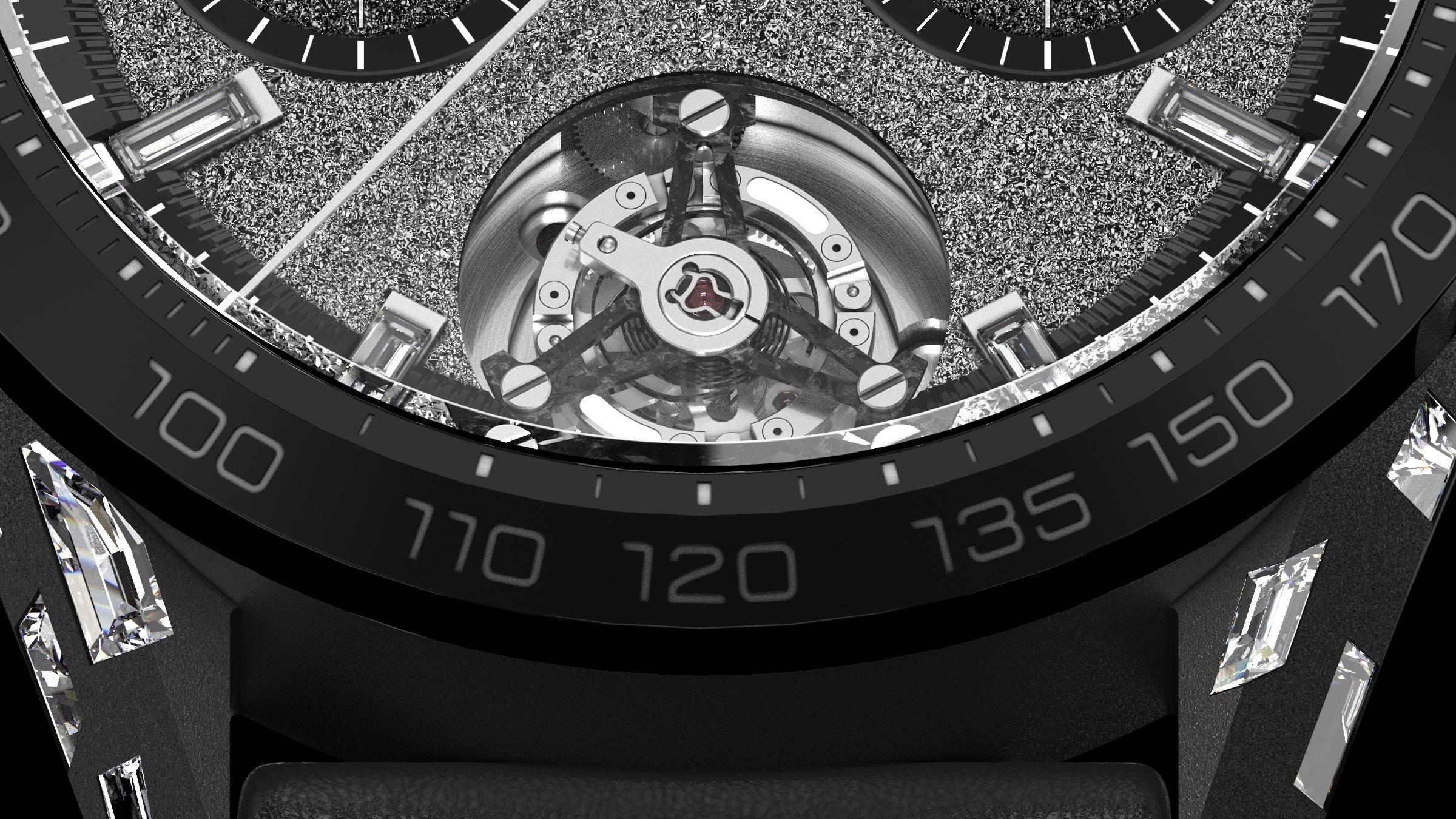 Of course, one might be tempted to wonder if TAG Heuer is veering off course with the Carrera Plasma. Why, for instance, this new obsession with lab-grown diamonds when real diamonds are a ready and more luxurious option? Also, how does this new technology complement with TAG Heuer’s sportive DNA? Most importantly, what’s next for the Diamant d’Avant-Garde plasma technology after the Carrera Plasma?

We heard whispers that the Carrera Plasma, which is priced at S$505,540 and has already sold three pieces worldwide, is a watch built with statement-making intent. The audacity of its execution, its exclusive production and eyebrow-raising price tag appears to deliberately belie reason. Beyond the practical developments of the Diamant d’Avant-Garde plasma technology, which we imagine can be easily implemented in, and elevate, TAG Heuer’s existing repertoire, the Carrera Plasma is emblematic of the brand’s resurgent passion for out-of-the-box experimentation; a realigning to its ‘Avant Garde Since 1860’ motto, if you will.

“We are driven by innovation… we want to make things in a different, new and exciting way. We feel that luxury watches should always be exciting and surprising and in tune with the times, and this new watch demonstrates exactly that,” says Arnault. 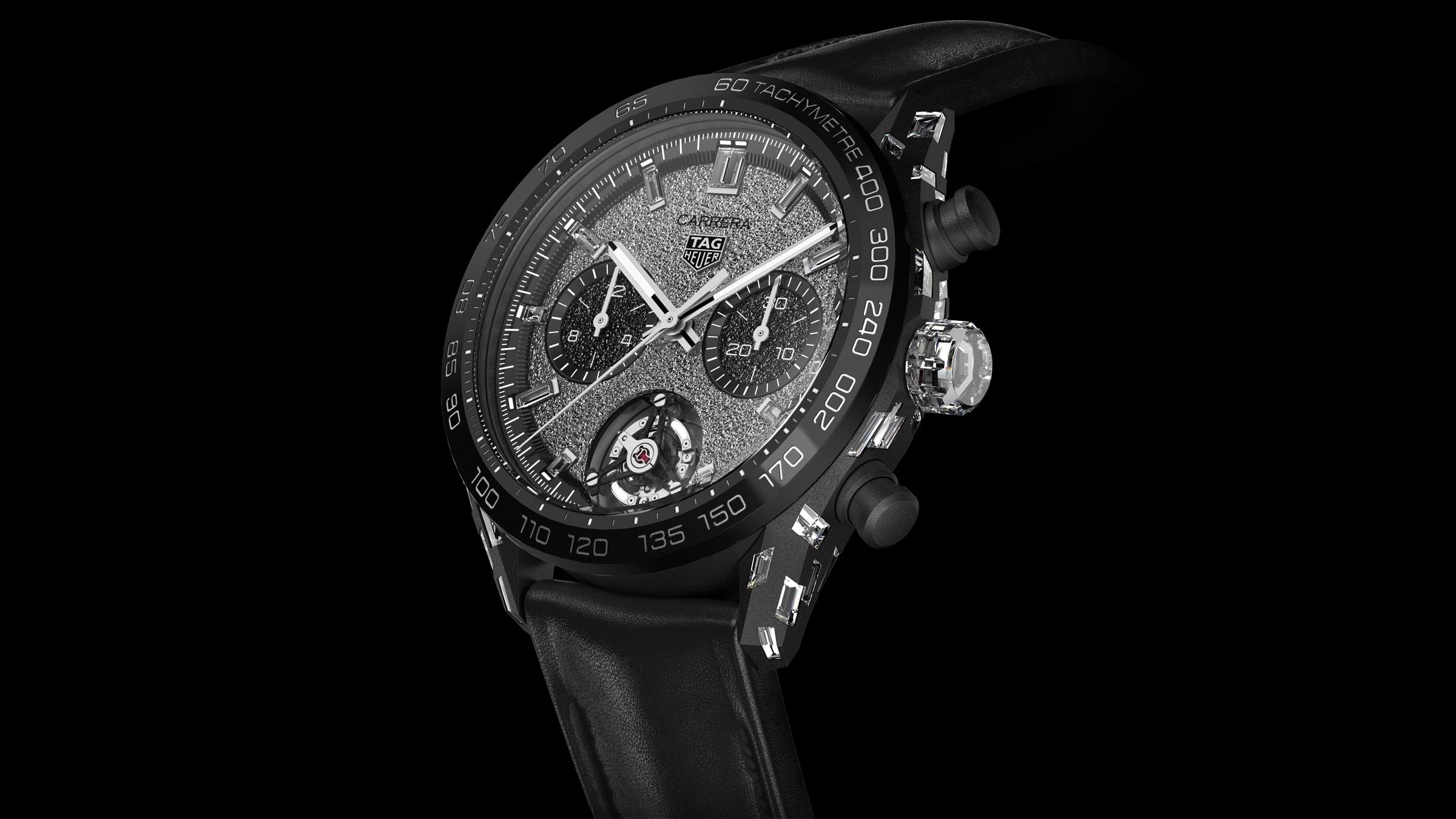